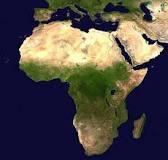 It has been an eventful year in IAF and, specifically, in the Africa region.  Here are some of the highlights and updates from across the region:

Membership and Chapters
We have reached a total of 50 members in the region (as of 12 December 2017) and these come from 13 different countries in North, East, Southern and West Africa. With several people who fall in the “pending” category, we have effectively reached the target of 50 for the first time. Currently, we have two chapters in the region, that is in Kenya and Rwanda, whilst we are hopeful of developing new ones in the near future in Tanzania, Nigeria, Togo and elsewhere.

IAF Africa Conference
The conference this year was hosted by Tamasha in Arusha, Tanzania, from 23-25 November and had a total of 35 participants from 9 different countries. We had 10 concurrent session and one that was online (facilitated from Mexico), as well as a number of plenary sessions, all under the theme of “50 Shades of Participation”. It was a powerful and productive experience for all who participated and a clear sign that Participatory Facilitation is alive and well across the region. At the end, an agreement was reached that the 2018 conference will be hosted by Pwani Association of Facilitators (PAF) in Mombasa, Kenya. Some comments about the conference follow:

“It was worth the miles and the cost: one of the best professional development opportunities I have taken part in for a while.”
“Thanks to you all for the wonderful company and inter-actions. Really memorable”.
“The highlight for me was the varied styles and depths of facilitation that we all freely shared.  There was such rich variety of styles and knowledge on all levels.”

Chapter Activities
The Kenya chapter has had a very active year with a range of activities, including monthly meet-ups in Nairobi; a facilitator dialogue event in Mombasa in March; and an activity during International Facilitation Week (IFW) in October with Undugu Society in Nairobi facilitating a development session with children and young people who have been living on the streets.  The Rwanda chapter have also held several meetings and one training session on Facilitation skills during the year.

IAF Certified Professional Development (CPF) Programme
A number of members (and non-members) have expressed interest in this programme and a group of members in Kenya have set themselves a target of completing the process by the end of 2018.  It is hoped that a similar group in West Africa can also dedicate themselves to this, so that we gradually increase the number of CPFs in the region.  Currently, there are 6 CPFs in the region.

Facilitation Impact Awards (FIA)
The year started with a celebration event for Kofi Kumodzi in Togo, who became Africa’s first ever winner of the FIA.  Although there were no new winners in 2017, three of our members participated in the process as assessors.

Online Meetings
Africa-wide online meetings have taken place approx. every 2 months and, despite technical challenges, they have proven to be an effective means of communication and networking for many members.

Leadership Team
The Africa leadership team has been gradually developing through the year with representation from the different sub-regions and it is hoped that this team will prove to be a guiding light in the future.