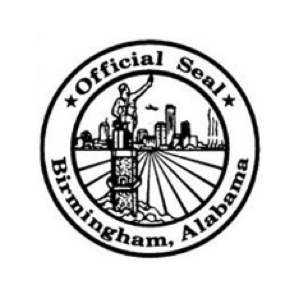 City of Birmingham
From Tragedy to Triumph: A Letter From Birmingham

From Tragedy to Triumph: A Letter From Birmingham

On April 27, 2011, the City of Birmingham, Alabama was struck by an EF-4 tornado that leveled much of Pratt City, a historic African-American community. The storm damaged or destroyed over 1,500 structures citywide. In Pratt City, almost 500 homes were destroyed or rendered uninhabitable, and over 1,000 residents were displaced. Thousands of trees vanished. Additionally, important public facilities in the neighborhood, including a fire station and library, were destroyed. The storm was part of the largest outbreak of tornadoes in United States history. From April 25 through 28th, there were 362 recorded tornadoes across the country, including over 312 in a single 24-hour period.

On May 27th, 2011, Birmingham Mayor William A. Bell sent a letter to the national headquarters of the American Institute of Architects (AIA). The letter stated, “The City of Birmingham is committed to the recovery and rebuilding of this important community and is requesting AIA to provide design assistance for the recovery and rebuilding of Pratt City.” The AIA accepted the City’s request, and worked with city officials to begin organizing a Regional and Urban Design Assistance Team (R/UDAT) project. The project was organized as a public service of the AIA in support of the community’s recovery efforts, and there was no fee associated with this work.

The objective of the project was to build a community-based strategy for neighbourhood recovery following a massive tornado disaster in the Pratt City area of Birmingham, Alabama.  The objective was achieved through a process involving an initial site visit and workshops, significant community engagement, a 4.5 day democratic design event, follow-up evaluation visits, and initiation of a learning collaborative.

The process produced broad community collaboration and partnership that has driven actions throughout the neighbourhood, leading not only to the physical transformation of Pratt City, but to the return of community and civic strength and pride throughout the area.