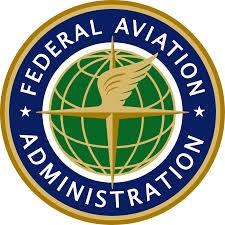 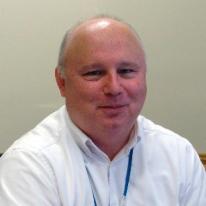 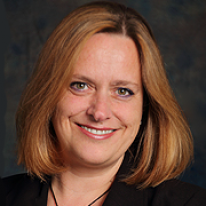 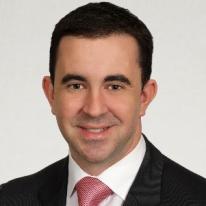 The facilitated table top simulation workshops had a significant impact on the Second Level Engineering En Route and Oceanic (SLE ERO) organisation, and the benefits were also observed more widely across the Federal Aviation Administration (FAA).

One of the main aims of the workshops was to increase the number of helpdesk calls made from Air Route Traffic Control Centers to SLE ERO specialists. This goal was regarded as an important indicator of improved coordination between teams operating at the first and second levels of support.

Reported willingness to contact SLE ERO increased at almost every site visited. The number of new ERAM tickets opened by the SLE ERO telephone helpdesk increased by an average of 30% in the three months following the workshops, compared to the level of calls in the 3 months immediately prior.

The workshop sessions were highly praised by many within the FAA for enhancing teamwork across SLE ERO and beyond, and for improving communication and coordination between teams. The opportunity to work through simulated malfunctions in a team setting and discuss decision-making, communication and coordination was almost universally appreciated and valued by all workshop participants.

A quotation from a National Airspace System Operations Manager illustrates the enthusiasm that many operational staff had for the workshops and the value that SLE ERO provided:

The experience was like no other training or simulation I’ve been a part of, it was engaging! All three scenarios were great, but I especially enjoyed scenario 3! The fact that you included a scenario which involved a known malfunction was genius… What I’ve learned is invaluable, I’ve learned teamwork is the dream work and to utilize all my resources, especially SLE ERO. I would rather be proactive than reactive. In my humble opinion, I believe table top scenarios should be mandatory and always include at least one real, known malfunction.

SLE ERO is one of the primary FAA organisations responsible for the maintenance of all of systems used to support air traffic control in en route airspace. The SLE workforce is comprised of about 350 professionals who provide the technical expertise to deliver support, while also ensuring the safety of the flying public.

The largest system currently supported by SLE ERO is the FAA’s En Route Automation Modernization (ERAM) system. ERAM is the foundation for all air traffic control within US airspace. En route controllers use the system to space aircraft along high-level airways, ensuring that aircraft head in the correct direction at an appropriate altitude and that all flights maintain a safe distance from other aircraft.

En route controllers are supported by a team of operational supervisors and managers, as well as a team of on-site technicians. These technicians provide first-level engineering support in the event of a minor ERAM malfunction. More significant ERAM malfunctions require human intervention at the second-level—this is where on-site staff seek guidance from the SLE ERO to diagnose the issue and identify a short-term work-around until an engineering or software change can be implemented.

No single person has the knowledge required to address a complex ERAM malfunction. The team involved in responding to these situations includes individuals from a variety of organisations, disciplines and locations. Every individual is highly motivated to diagnose and resolve the issue, and team members are working under time pressure with incomplete information.

As specified by the Vice Presidents of the FAA’s Air Traffic Organization, the project objectives were to:

A one-day workshop was held at each of the 20 Air Route Traffic Control Centers within the continental United States during the 2016 calendar year. In total, 432 people participated in the workshops.

The aim of the workshops was to conduct facilitated simulations of ERAM recovery processes, allowing team members to rehearse emergency responses while fostering improved communication, information sharing and decision making between disciplines. Ultimately, the workshops aimed to increase preparedness for future ERAM malfunctions, and to improve organisational resilience in times of degraded service.

The workshops were developed by members of a national team of subject matter experts which included representatives from SLE ERO and its system contractor Leidos (formerly Lockheed Martin), as well as the FAA’s Air Traffic, Technical Operations and Safety and Technical Training organisations. These individuals worked in collaboration with representatives from the National Air Traffic Controllers Association and the Professional Aviation Safety Specialists union.

The activities of the national subject matter experts were facilitated by organisational development and facilitation specialists from Evans Incorporated, working under a subcontract from the US Department of Transportation’s VOLPE Center. Evans Incorporated provided adult learning expertise to workshop and scenario design, coordinated the planning and logistics for each workshop, and led the facilitation at each event, allowing the subject matter experts on the national team to focus on contributing to the simulations. The facilitation team also supported the project by compiling feedback and conducting lessons learned and debriefing activities, to support SLE ERO in their continuous learning and organizational development efforts.