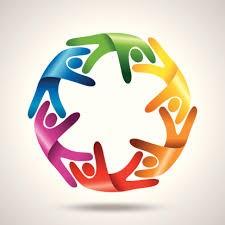 Facilitating the Establishment of the Health Private Sector Platform in Togo

In 2014, USAID commissioned a study to assess the involvement of the private sector in health systems in six (6) African countries (Burkina Faso, Cameroon, Cote d’Ivoire, Mauritania, Niger, and Togo).

The said study showed that in Togo as in other countries, the private sector plays a major role in providing health care to the population. It showed that 60% to 70% of patients are consulted in private health facilities, and 92% of pharmacists practice in the private sector. But the study also observed that the health private sector is neither organized nor credible enough as partner to contribute to the management of the national health sector and the design of health policies. Among the recommendations made by the study, was the creation of a health private sector platform in the countries concerned.

In May 2014: The results of the study were presented at a workshop in Accra, Ghana. Togo was represented by 5 delegates. Once back home, the Togo delegation resolved to promote the creation of a health private sector platform in the country and to set up a working group.

This working group met regularly until January 2015, but due to poor membership, the working group could not achieve any major step towards its objectives. Therefore the USAID designated a facilitator (Kofi Kumodzi) to support and speed up the process towards the creation of the Health Private Sector Platform in Togo (PSPS-Togo).

The move helped mobilize stakeholders from the health private sector in Togo for the purpose of setting up a body that brings together all professional health organizations.

The project achieved the following results: