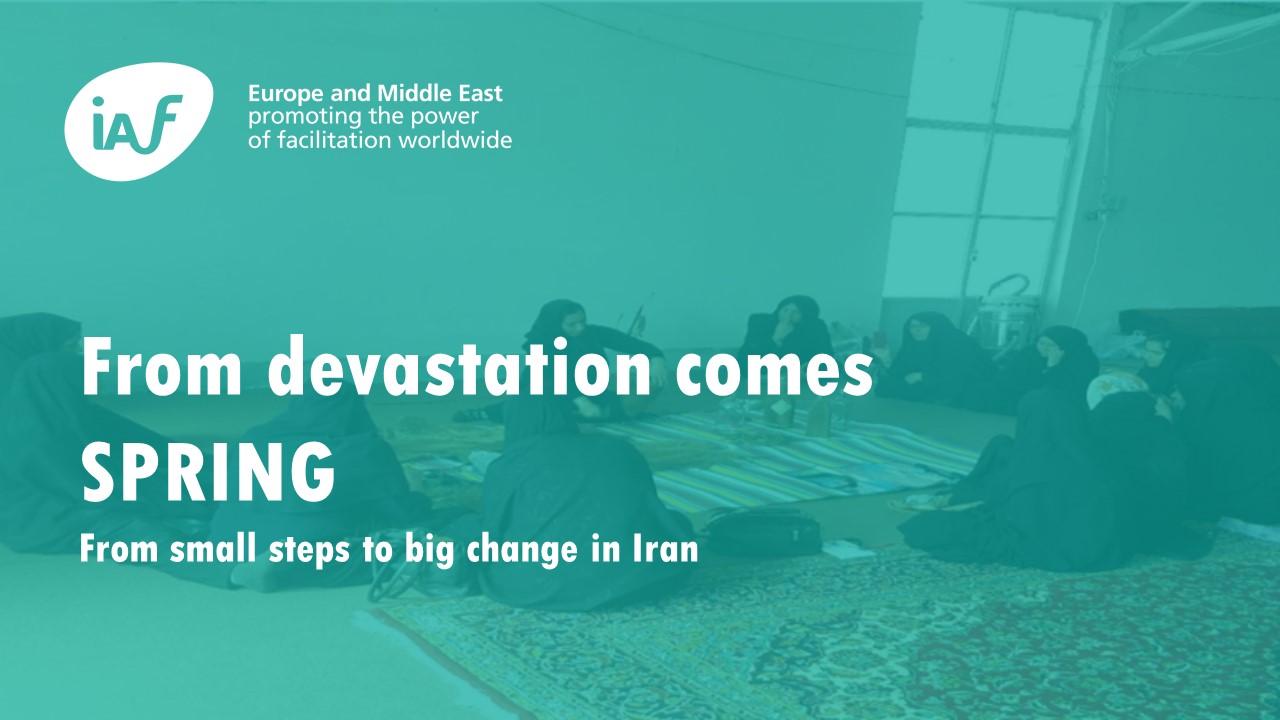 Bam city in Iran is still suffering from the devastating 2003 earthquake which caused the deaths of 30000 people. More than 100,000 were left homeless. Thousands of women lost their husbands, the breadwinners of their family. Many abandoned the city and immigrants from neighboring cities moved into Bam, which created a multi-ethnic society.

Today, date production is the main subsistence in the region. The single crop cultivation and smallholder farming threaten the livelihood of the farmers and many businesses associated to date production. Meanwhile, farmers lack the bargaining power to influence the price of product. Middle men decide the prices. Producers are not involved actively in the process of decision-making at the county level. Furthermore, women who have an imperative role in terms of hygiene and quality of date packaging process, have no voice at the local and county level. Various stakeholders (farmers, middle men, cold-store owners, exporters, private associations, local authorities) have little trust on each other due to lack of dialogue, engagement and partnership. 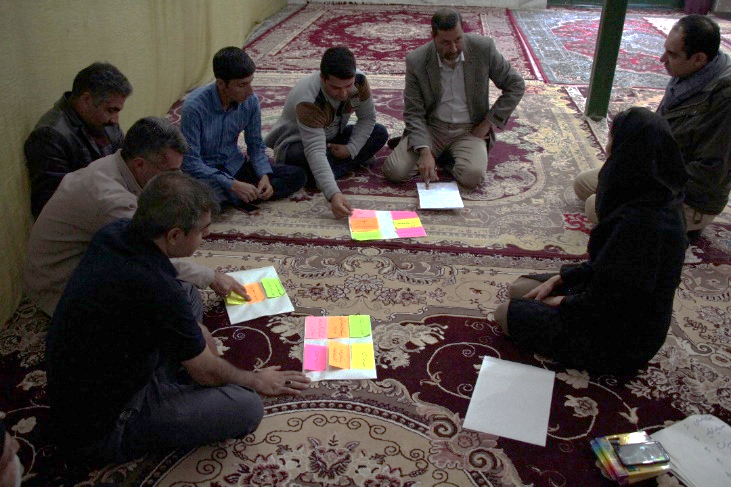 Thanks to European aid SPRING Project main aim is to enhance the CSO’s contribution to governance and development process through a participative approach. Facilitation has a crucial role in applying the approach.

During the inception phase participatory workshops (along with other methods such as observation, interviews, meetings, etc.) were conducted to gather indigenous knowledge, build rapport, identify key persons, assess the training needs, analyze the status que and stakeholders. 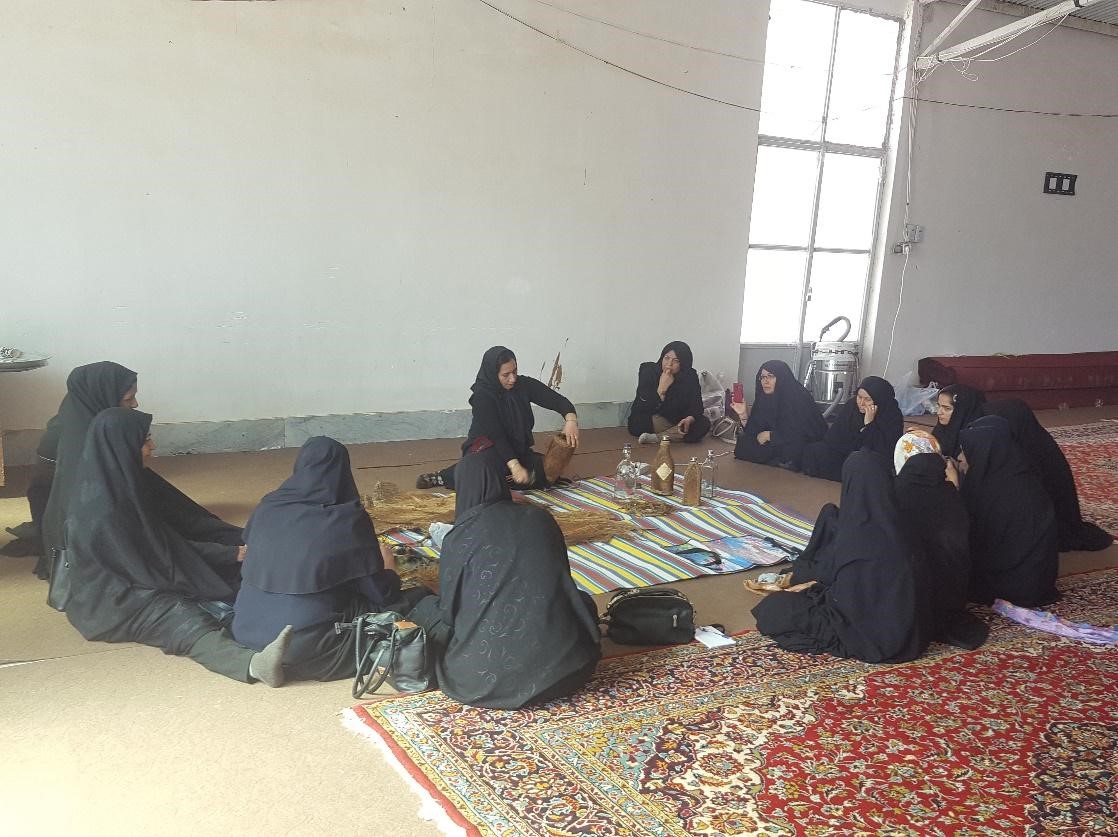 At the implementation stage various initiatives were applied. The creation of think tank at the rural level nurtured the farmers, women, middle men, and cold store owner’s involvement and increased the trust and cooperation among them. The main objective of these groups are to identify the challenges of the village to come up with proper solutions based on their existing and improving capacities and mobilization. For instance, analyzing the date value chain was one of the activity of the villages think tank in order to better understand the expenses of the production and define the related interventions to reduce the costs. The groups monthly meeting leaded by a facilitator.

Likewise, women participated in the think tank meetings had an opportunity to express themselves. Gradually they gained enough confidence to decide on running a rural women cooperative producing by-products such as date vinegar, date pickles, handicrafts. They also performed as the ambassadors of hygienic packaging in their villages. 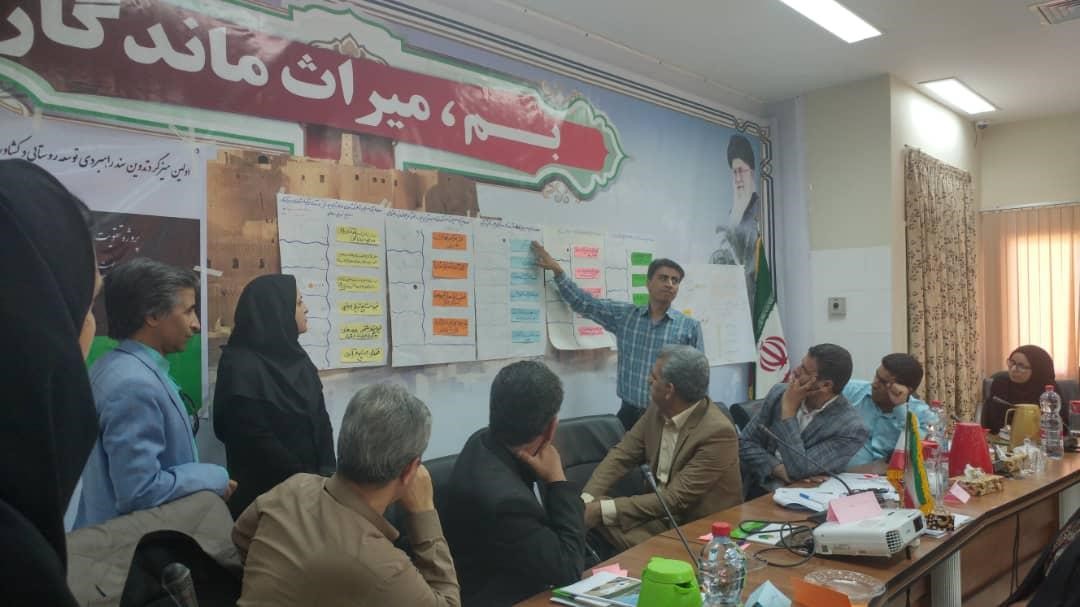 Working at a grassroots level changed the dynamic and diversified roles from business start-up mentor to peace building enabler.

Facilitation were also used as a tool in training programs to enhance the learning process and include all learners’ styles and needs. Exploration, peer learning and learning by doing helped to engaged the participants more effectively as well.

At the county level, the local stakeholders had a chance to participate in and contribute to policy dialogue through the facilitative led round tables where governor and other local authorities were participated as well. The dialogue allowed elaborating, testing and implementing a strategic and innovative development plans for the Bam city through a multi-actor partnership.

Lead organization in Iran:
SPASDI - The Society for the Protection and Assistance of the Socially Disadvantaged Individual