Keep growing in the here and now 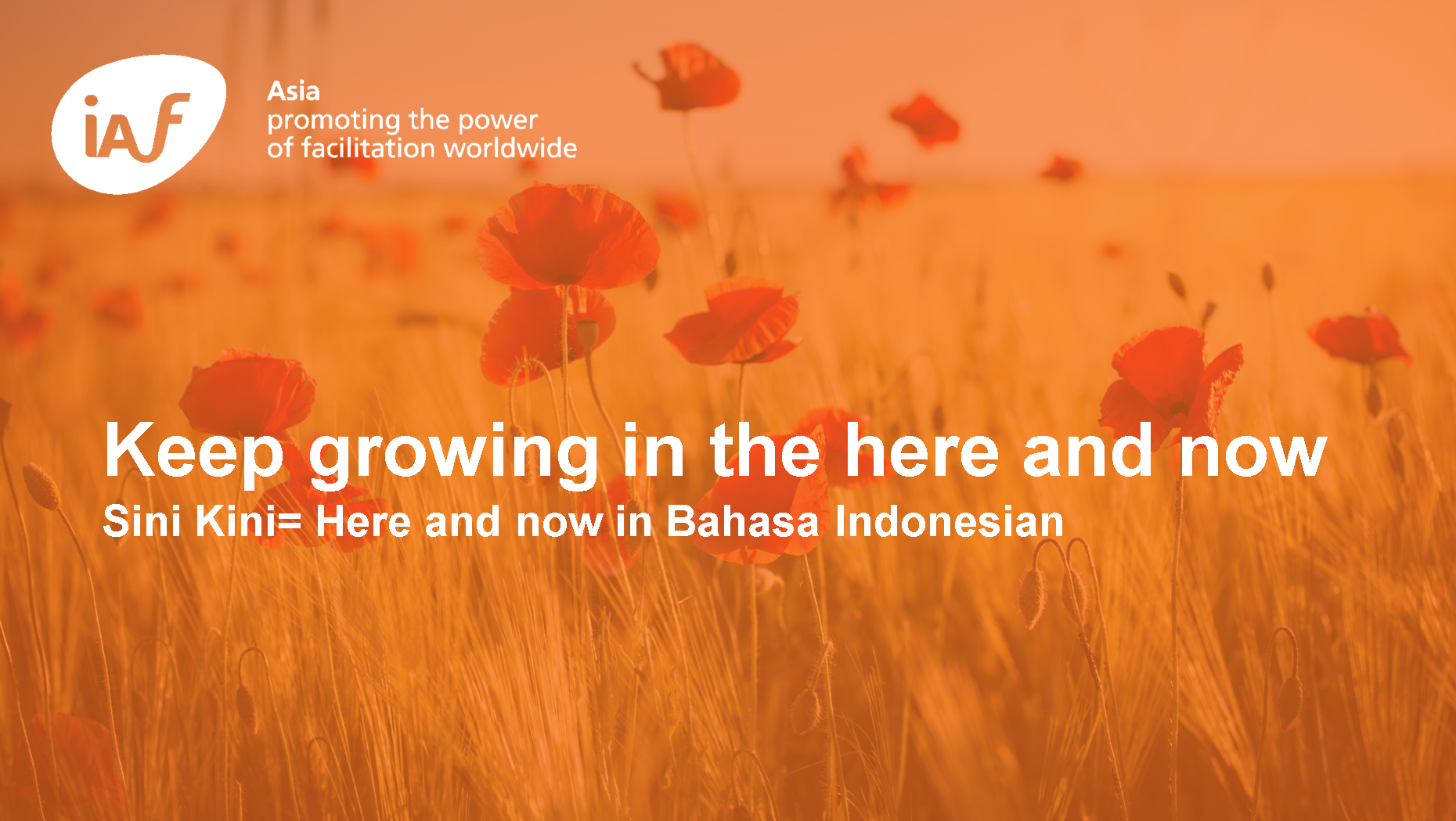 We are entering the last quarter of 2020. The year when the world was put on hold. People are dying, economies receding, and the whole system that we know of is collapsing. The future seems bleak and the uncertainty remains: when can we see positive growth again? The answer perhaps is not sometime in the future, but lies in the here and now.

Sini Kini* was founded when the world slowly begins to feel the massive impact of Covid-19. One by one, countries, cities, communities were forced to lock down and everything was in slow motion. Sini Kini co-founders, Odin Olaya (long-time supporter of IAF Africa), Dinka Basoeki, Lorraine Ratulangi, and Puri Lestari (the latter two are members of IAF Indonesia Chapter) were aching to partake in, what they saw then, a fight against COVID-19. They wanted to have a conversation space where people can be real and raw, acknowledging the entanglement of feelings they have at the moment. As a response, they initiated a safe room called Ayo Berbagi Cerita (in short: ABC, loosely translated as Let’s Share (Our) Stories).

They host an open Zoom Room every Wednesday evening since April, igniting conversations amongst friends, colleagues, and even strangers. The space created with trust, respect for one another, and inclusivity.

It was a cathartic space that people desperately needed, including themselves.

The conversations at ABC acknowledged, embraced, peeled away layers of uncomfortable feelings: fear, anxiety, desperation, anger, helplessness… and Sini Kini facilitated conversations around those feelings and put focus on the different ways of coping. The conversations shared the burden and allowed moments of truth to emerge. As the group shed the crust, a new understanding of self was formed. It was growing pain.

It builds collective awareness that no matter what we feel caused by the different situation we faced at the time, it was temporary, we were all in this together, and together we would grow through this.

ABC community is now very much active on Whatsapp group. What encouraging Sini Kini to keep the space open is the fact that ABC has helped many of the members to cope and in return give back to their communities. Some even initiated their own safe spaces: with colleagues at work, with family, with significant others. They took the value of having a safe space from ABC experience and recreate many more circles of support for many out there.

As Sini Kini discovers, this is the time when communities need facilitations most

. We’ve seen many wonderful initiatives that encourages dialogue & connections on a deeper level within communities. It’s not enough. We need to generate and propagate more of such initiatives to let people create more spaces as needed, in their own circle of influence. Empower people to create their own pocket of safe space. That way, collectively, we are creating much bigger communal safe spaces. A place for people to keep growing at their own pace, at their own time. At the end, it is a matter of providing options to choose from and freedom to act upon them when we are ready. We the facilitators, are more than capable to hold that kind of space. It’s time to return to the roots of facilitation, to make ease for people to let everyone keep growing in the here and now.

*Sini Kini is made out of two words in Bahasa Indonesia: sini (here) and kini (now).