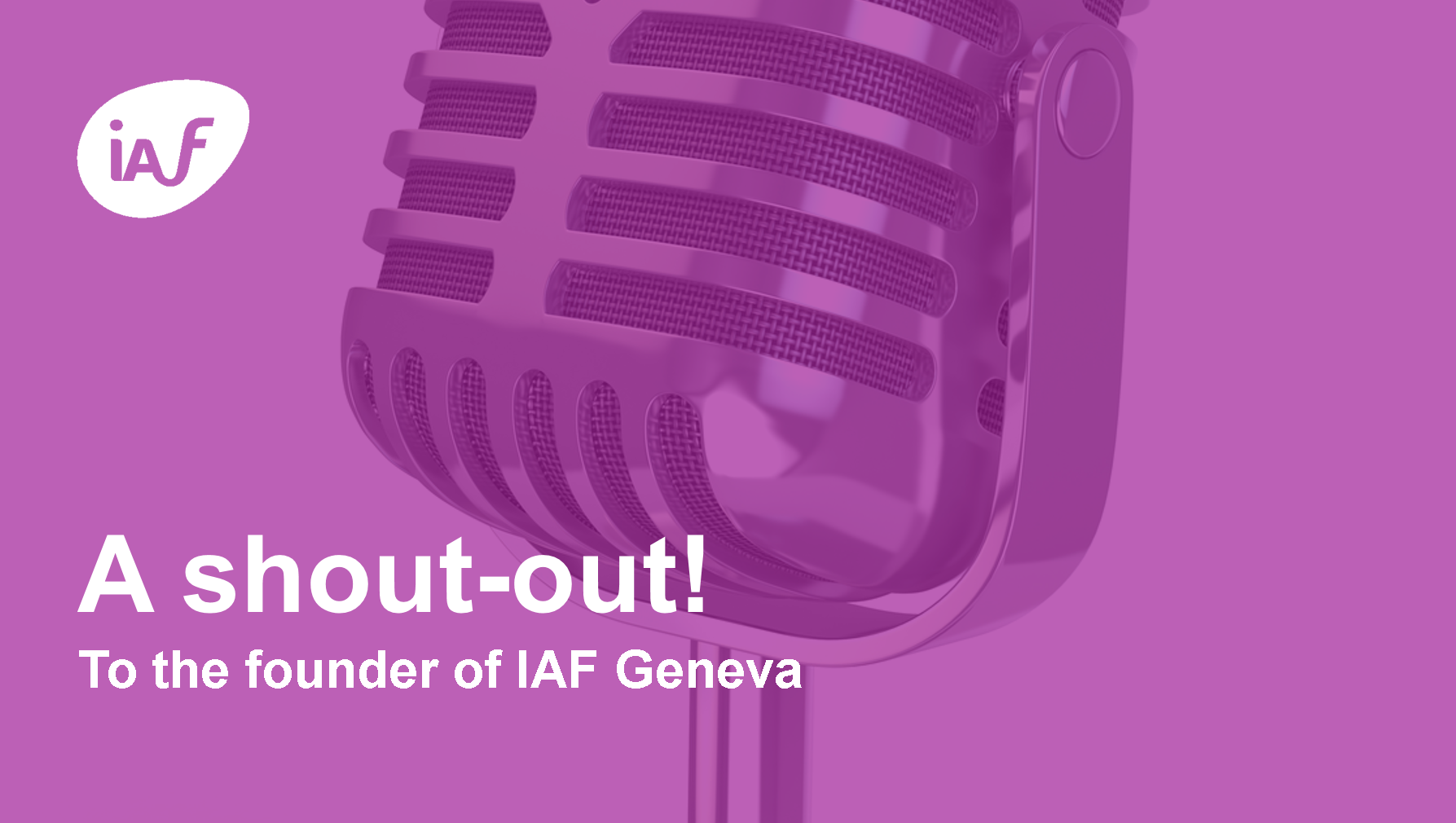 I would like to pay tribute to a fantastic facilitator, who has been of great inspiration to me and to many people. Pamela Lupton-Bowers’ investment with the IAF and her contribution to promoting facilitation has been outstanding.

Pamela created the IAF Geneva Chapter - then Geneva Facilitator Network - in 2006 with Liz Tayfun, Liliana Mirescu and Luciana Niven, and she has been President ever since.

Later, she volunteered on the first task force to outline suggestions for approving facilitator training programmes with the then Director of Europe Jim Campbell, Maureen and John Jenkins. In 2009 she was elected at the IAF Board Member as Director for Europe.During these years, Pamela participated in International Conferences in Baden Baden, Edinburgh Copenhagen, Stockholm, Turkey, Geneva in 2012 as Chair, Halifax, Denver, Stockholm. She spoke at all but Denver.

Organising the International Conference in Geneva in 2012 was one of the toughest things she has done. The balance between creating a professional high-performance event and the cost was a huge challenge. She was grateful for the support of Ben Richardson, Robert Ayling, Frances McCaull and the local team Liz, Florence, Susanna and Glen.

She loved organising the CPF events and was so proud of the group who were part of the one in Geneva in 2010. As a candidate, I remember her turning up with a bottle of Champagne! At the CPF event in 2012 - many people from the WEF were part of the candidates. Since then and because of the interest of Emma Benameur Loades WEForum made facilitation (Interactive Excellence) one of their core competencies.

Pamela certified as CPF in October 2005 in Baden Baden and CPF Master on 6 February 2020.

From her commitment with IAF, she got a huge amount of friends; too many to name here but, people who she has been able to count on for support, for instance Rhonda Tranks who was on the board with her and who is a dear friend and partner in projects in Asia.

Let Pamela tell us what her key-interest is in facilitating and promoting facilitation.

To see some of my incredible clients be so amazed by facilitation skills that they have changed their careers to be facilitators. Like Costy Tadesse who I worked with in Nigeria and Pakistan and who has been on an incredible learning and growth journey, and who last year was invited on a special task force exploring the UN of the Future. Amy Cawthorne, a virologist at WHO who saw the magic of facilitation and invited me to be included in so many projects to inject a facilitative approach to working with Member States in Public Health and Outbreak issues.

I’ve seen the power of facilitation change global organisations like the World Scout Movement in agreeing a strategy and in improving relationships between executives and their board as well as in their collaborative approaches across the world to implement Strategy 2023. Now I am seeing familiar faces from retreats and facilitation training turn up in my webinars as we all share this new learning journey. It’s so energising!”

Can you feel her fantastic energy and enthusiasm?
I was lucky enough to come across her way and learned so much from Pamela!

Her last involvement with IAF Geneva was the co-creation of a national Chapter: IAF Switzerland was born, and she passed on the role of President to Daniel Osterwalder.

Thank you, Pamela, for your outstanding commitment and your generous friendship!