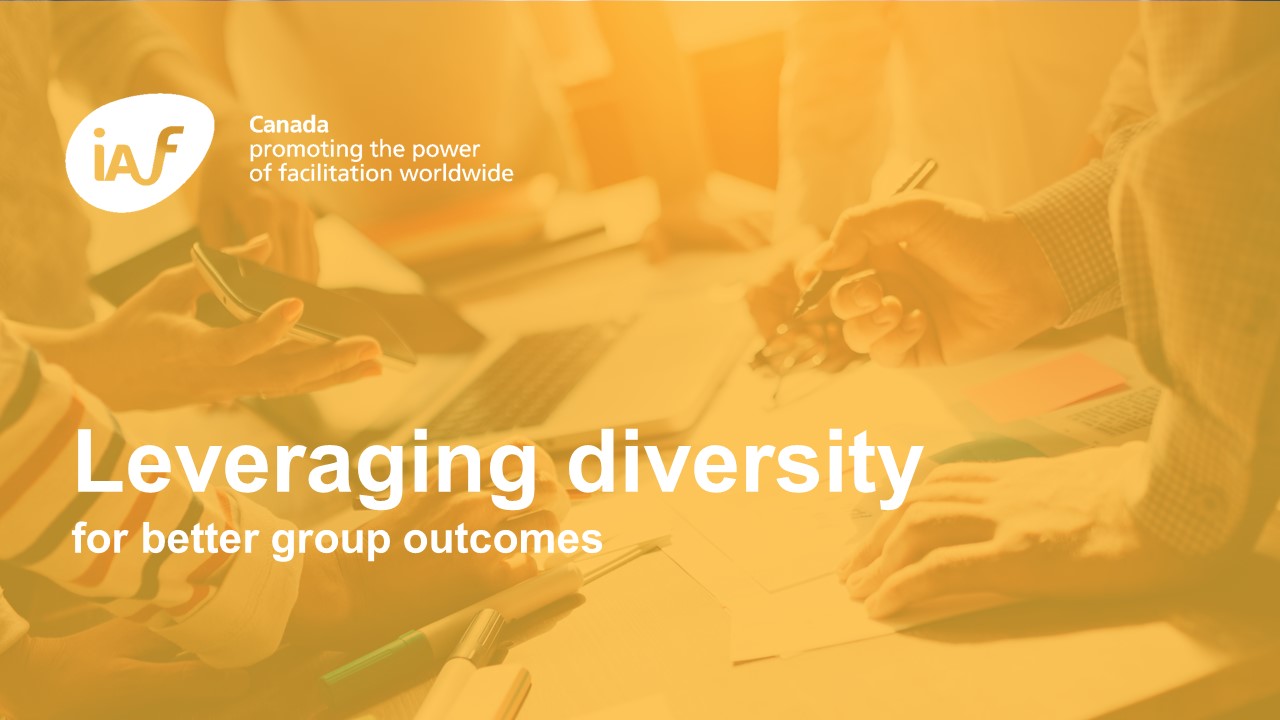 The IAF Core Competencies require facilitators, among other things, that we “honour and recognise diversity, ensuring inclusiveness”. But what does that mean, exactly? And does that only apply when we are actively facilitating group discussions, or is there more?

In my view, it is much, much more. design choice we make, every piece of advice we give our clients, has a potential impact on diversity, equity, and inclusion (DEI) in the events we facilitate, and potential ripple effects in and across organisations. And although research has yet to fully explain the how and the why of it, there is clear evidence that DEI is not only right, if managed well it is also productive and profitable.

When I reviewed the literature on diversity in groups for my doctoral research, the evidence suggested that specific differences are not the critical factor in group performance, because sometimes these are associated with better results, and other times with worse results. So, I set out to study how groups manage their differences, in the hope of explaining why differences could lead to such variations in performance. I observed small groups engaging in a problem-solving task, I analyzed their interactions, and I looked for links between their specific differences, their behaviours, and their success on the task.

What I found was that groups that achieved better collective results than any of their individual members differed from the less successful groups in a few key aspects:

As facilitators, we often work with groups that are brought together for the first time to achieve a specific purpose. These groups don’t have a history of collaboration that might make it easier for them to succeed. The design that we create and the space that we hold become particularly important to compensate for the lack of shared history. We have an even greater responsibility to encourage the open and respectful exploration of whatever differences are meaningful to the group and its goals. To do this, we slow the pace. We encourage a mindset of curiosity. And we model and encourage a welcoming stance that sees differences as gifts rather than obstacles to success.

Facilitators do not have to be DEI experts, but to do our job well, we do have to be lifelong learners, open to new perspectives, and recognizing that we will never have all the answers but we can and should ask the right questions.