Reaction Videos: a form of visual feedback for social inclusion 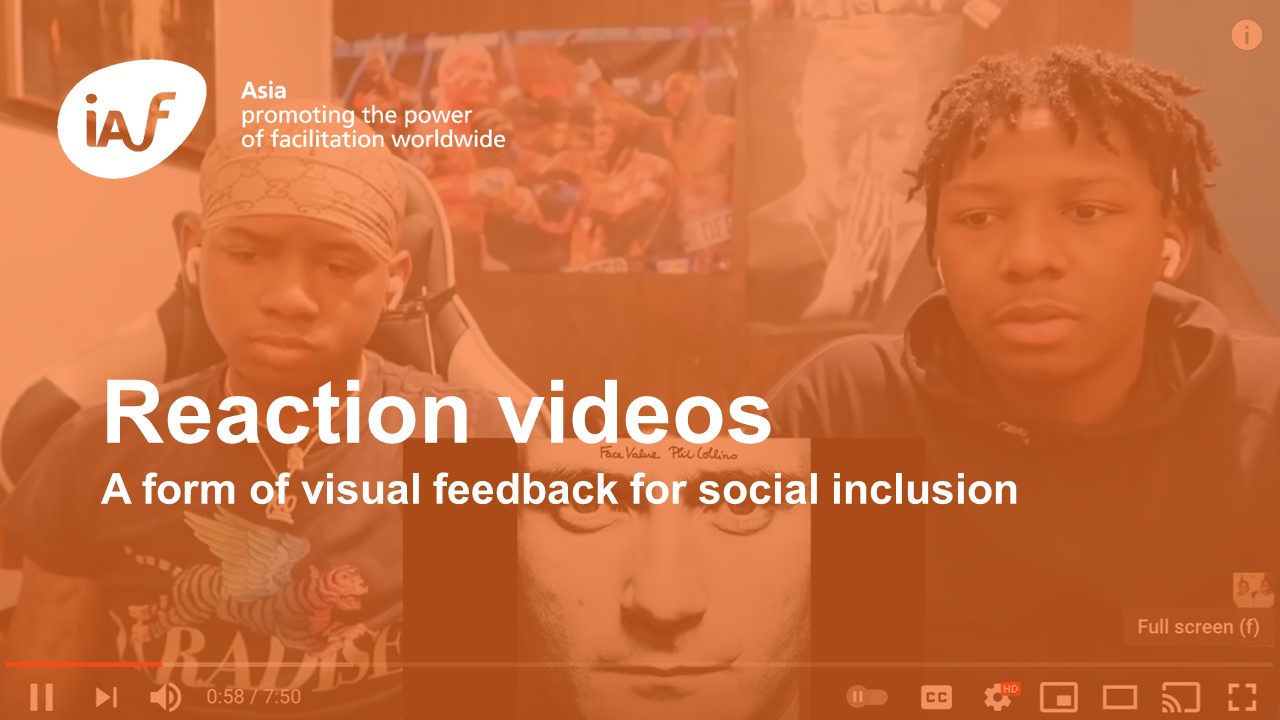 So, when my daughter insisted, I watched a YouTube video that was going viral and it was about African American twins Tim and Fred Williams listening to the Phil Collins 1981 classic, ‘In the Air Tonight’, I jumped on it. As I watched it, I was pleased and deeply moved by how the twins appreciated the music and how they reacted to Phil’s performance.

Soon after watching that video, I started to search for similar videos. I then discovered that these videos were referred to as Reaction Videos and it had become a trend especially among the youth across the world in 2020. I guess, the rise of such videos, was propelled by young people because of their inert craving to learn about others; especially the different cultures, country, music, languages, food and film. I noticed how Reaction Videos became the best way for young people to have a form of social inclusion in 2020 from different parts of the world. This surge in videos may be a consequence of the Covid-19 pandemic, where many across the world were having hardships and could not go to school or attend lectures at Universities or even find a suitable job. YouTubing was their form of finding relevance and learning.

My discovery also revealed that such videos did not only surface many amazing joys, learnings and views from the youth about the world they live in, but it also gave insight to the dark side of what they could not tolerate or accept.

All of a sudden I realised these Reaction Videos could be the new way of conducting a feedback process, simply by airing reactions to other’s work. Formal written feedback is the past. It is time to consider a visual feedback form by sharing reactions using facial expressions, sign language, and innuendos that have universal understanding and are straight to the heart.

Reaction Videos to me are the way of soliciting feedback and they are watched by millions of viewers. It is a super method to bring Social Inclusion to the forefront by using technology and involving groups of people from different backgrounds reviewing, commenting, enjoying and sharing their displeasure to what they have watched on YouTube. No added work is necessary, all the work has been done. Just offer feedback.

So, how can the Social Inclusion Group@IAF move with this idea? To start with, it would be good to consolidate all the videos already out there that are relevant to the group's objective and bring the IAF members together to watch the videos for the first time. Just record their impressions there and then, and upload the recorded video for all to watch and see how this gets received by the viewers.

It is imperative that IAF supports this initiative work with the Social Inclusion group forging the way forward in terms of what would be the do’s and don’ts, the legalities, and how to promote the IAF’s brand and work. The future of reviewing facilitation methods and processes review will not be the same anymore. Books, manuals, processes, ideas all linking to social inclusion and facilitation will be reviewed and offered feedback by a group for all to watch on YouTube.

Over time, if there is traction, IAF could have some negotiation with YouTube in terms of royalties, branding outreach and even being paid for doing the reviews. Who knows, if people do find the feedback to be worthwhile and beneficial, it could even be a resource for upcoming facilitators to have their work reviewed as a form of endorsement. It’s like Trip Advisor.

This could be the Social Inclusion’s Group@IAF strategy for 2021. Move to being Socially Inclusive and not Exclusive.