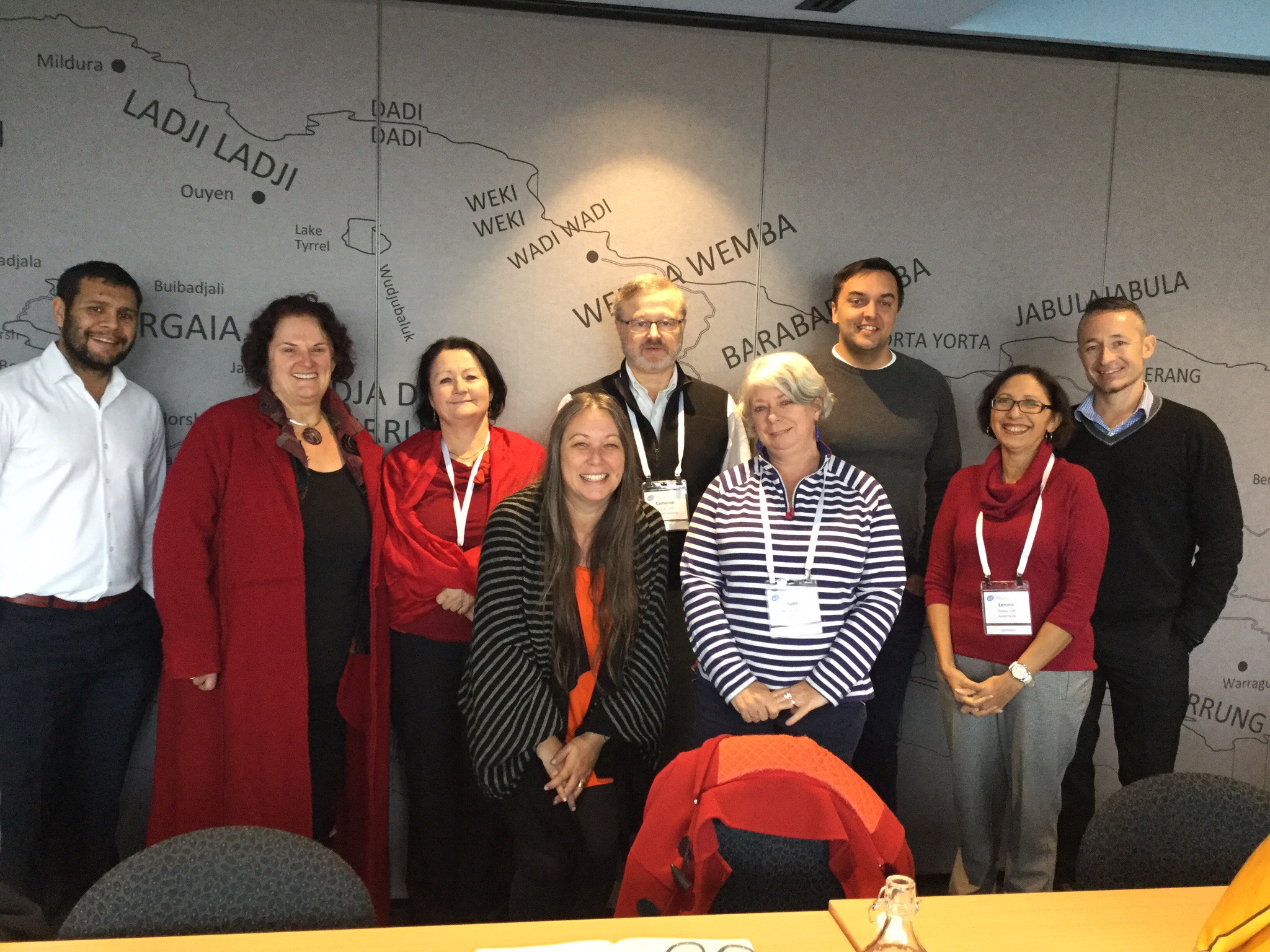 Do you feel anxious when facilitating a culturally diverse group? CPF Lenora Thaker, an Indigenous Australian and colleague Marg Cranney gave valuable insights into working with indigenous people during the recent Oceania Conference in Melbourne, Australia.

The first thing to bear in mind is to be familiar with protocols of the indigenous group including gender, position or seniority in the community and family connections. In Australia for example, it is respectful to acknowledge the traditional custodians of the land where the workshop is being held: ‘We acknowledge as traditional custodians, the Wurundjeri people who lived on and nurtured this land where we are meeting today, for many thousands of years. We pay our respects to the elders past, present and future.’

The protocols may vary with different Aboriginal group members and for aboriginal or non-Aboriginal facilitators. Respect in Aboriginal communities is very important and adhering to protocols is respectful.

We used an icebreaker exercise with two maps, one a map of the world and the other a map of Australia with the traditional lands of indigenous groups marked out, and the group was told to place sticky labels on the maps where they felt connected to, or where they considered home to be. This was an effective way to highlight that people can feel a sense of connection to a number of places and we all have a story about where we are from.

Lenora demonstrated how she facilitates an indigenous group by first asking group members to imagine being members of an indigenous community. We observed her use of appropriate language, use of familiarity, respecting of protocols, communication styles and structure to engage the group and stressed the need to be authentic and flexible with a Plan A, B and C.

Effective facilitators understand the need to ‘facilitate yourself’, and in working with diverse cultures reflection on possible conscious and unconscious biases is critical. We all have them and in facilitating ourselves we need to be aware of their existence and how they may affect our decision making and communication with others.  A video explores the power of unconscious bias and how important it is to expose those biases. Marg led the group through a word association exercise to demonstrate unconscious bias and everyday stereotypes.

Lenora advises that ‘unlearning and re-learning what you’ve learned’ is about thoroughly examining the tried and tested methods and tools you use in your everyday facilitation practice and based on new insights you’ve gained from working and consulting with a particular culturally diverse group; determine whether your standard methods, tools or techniques need to be adjusted, changed or simply not used at all. For example, when facilitating with a group of Indigenous Australian peoples, it may be culturally inappropriate to paraphrase a person after they have spoken. Co-facilitating with and working closely alongside Australian Aboriginal and Torres Strait Islander people in this instance, would help guide you through the potential cross-cultural minefield.

Explore the land exercise, a tool for facilitating reflection on place and identity.

For more about the IAF Oceania Conference 2016, check out their video series!