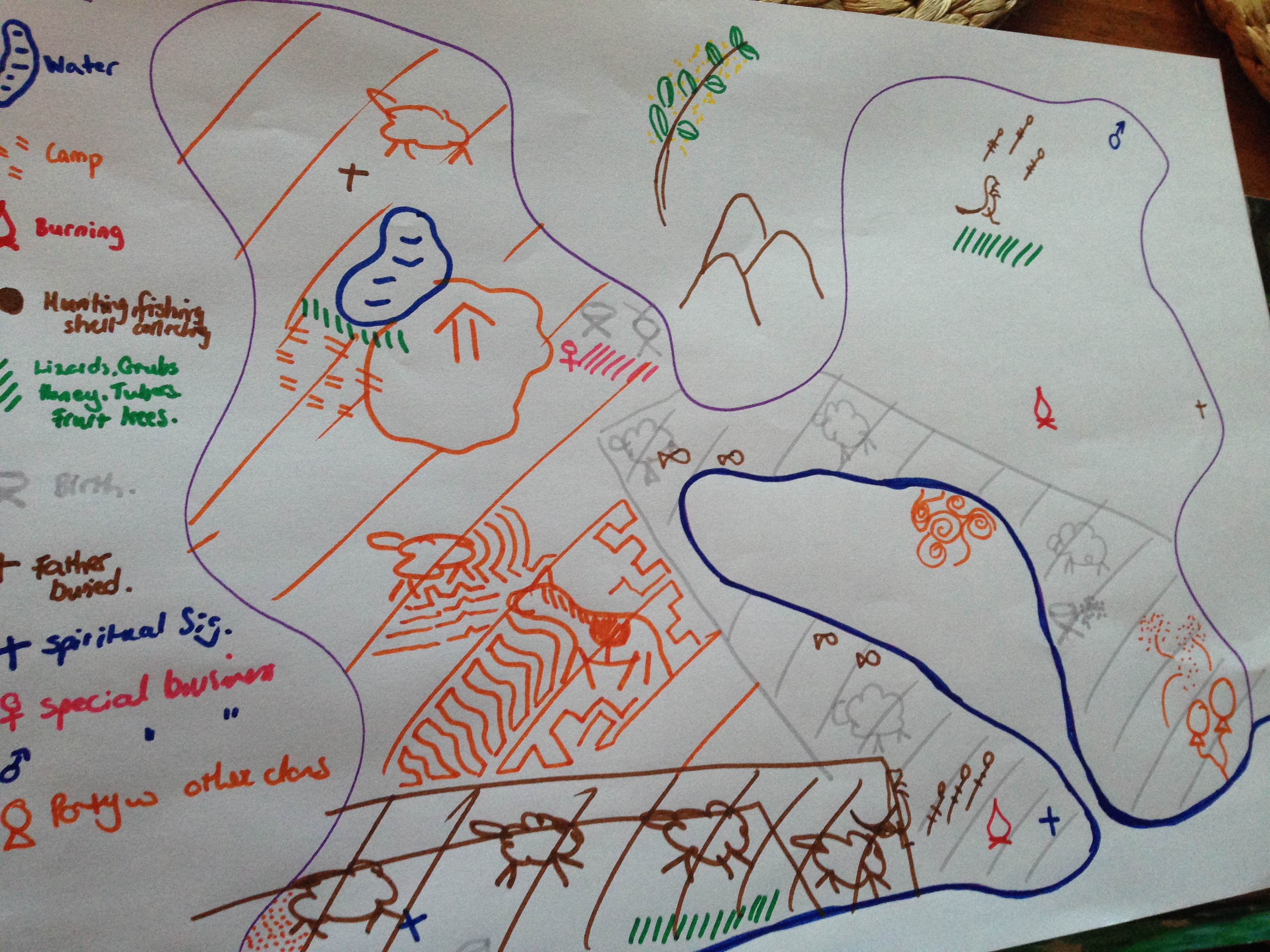 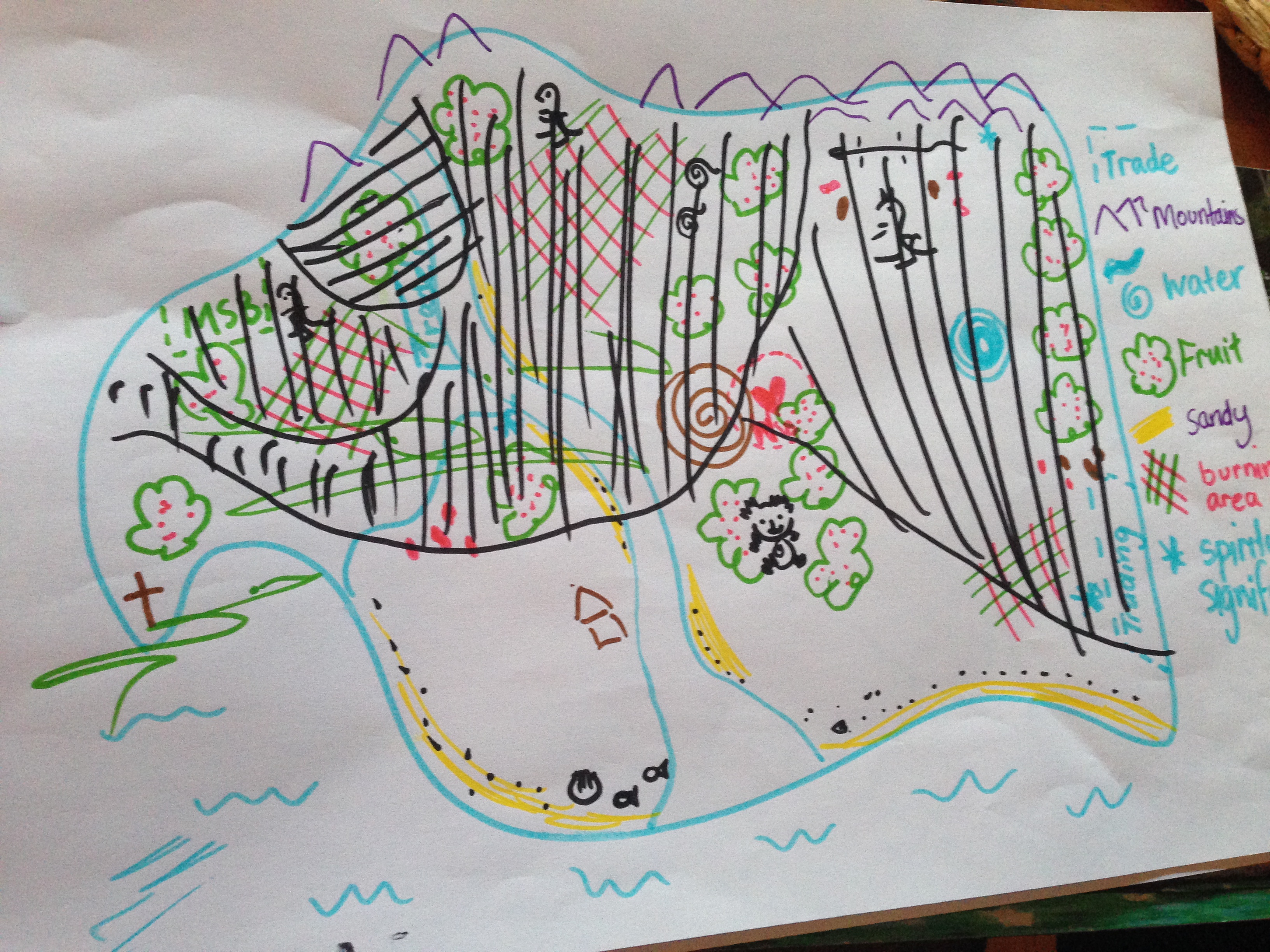 One useful example to find new ways to facilitate reflection on place and identity is the interactive Land Exercise developed by TEAR Australia, as part of the Dhumba, Indigenous Development Program; though it is developed for the Australian context it would be adaptable to other contexts.

The exercise targets the non-indigenous community to reflect on the impact of the loss of land through colonisation and the effects still evident today for indigenous people.

Participants work individually, in pairs or in groups and are given a large piece of paper and an array of pencils, textas and crayons and encouraged to be creative during the exercise.

Using a large map of Australia marked out with the many different tribes that existed for thousands of years, the facilitator prompts the group to choose a tribe from the map and to draw the boundary of ‘your’ land in any shape, saying;

Your clan is responsible for this land and it, in turn, nurtures your life. Beyond this piece of land are places where you must seek permission to travel and where inter-tribal fighting can sometimes occur.

From here the land is progressively plotted with significant functional, ceremonial and spiritual areas, including a water source, hunting and gathering areas, birth and burial sites, trading areas, sacred sites and men’s secret business areas and women’s secret areas. This takes time and results in some creative representations of the land (see above).

At this point there is a dramatic change with the Facilitator saying;

A new and very different tribe has arrived in your area. Their arrival is signalled by the sound of sheep, the bark of dogs and the whistling of white men on horses. They need water for their sheep. The sheep trample and muddy the water source so it is no longer fit to drink.

As a result large parcels of land are progressively struck off the map indicating they are no longer available for the tribe to access or use because the ‘new tribe’ needs increasingly more land.

Finally as the land custodians, you reflect that now you have only 10% of the original land to live on and nurture you. What has happened to your land and to your life? The debriefing can include quotes from Mick Dodson, a prominent indigenous leader, and from The Secret River, written by Kate Grenville, and the TV series of the same name, to highlight different world views of land, belonging and difference and the subsequent impact loss of land has for aboriginal people.

This interactive approach engages people to see a different perspective and so stereotypes can be un-grouped in readiness to listen to and understand others more effectively.