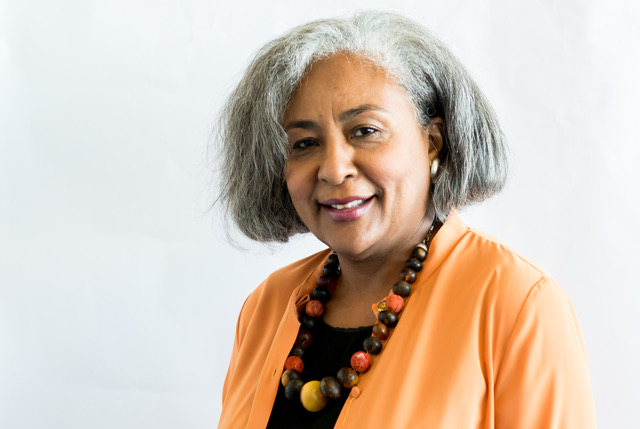 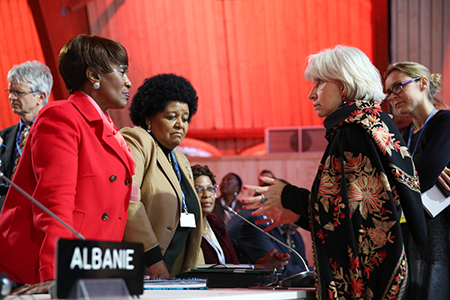 Since 2011, the UN Framework Convention on Climate Change (UNFCCC) has used indabas as an approach to bring parties together to discuss a matter of great importance and to solve intractable or difficult collective challenges. Martin Farrell spoke with Salwa Dalallah about this process. Salwa is the coordinator at the UNFCCC Conference Affairs Services responsible for leading the organisation team of COP21 in Paris last year.

When were indabas first used in the climate change negotiations?

They were initiated at COP17 in Durban in 2011. To prevent talks from collapsing, the South African presidency asked representatives from the main countries to gather round a table and speak directly to each other.

Indabas come from a Zulu tradition of people getting together to resolve a matter and not just re-stating their positions but trying to find a common ground and things which everyone can agree with. After Durban the process was developed and improved at COPs in following years - and became a critically important part of the process in Paris.

How was this traditional way of meeting used in the highly charged atmosphere of a global conference?

An indaba was called when the negotiating process got stuck. Although it was almost certain that this would happen, no one ever knew when. So indabas are not mentioned in the conference programme nor indeed ever officially planned. As a conference coordinator familiar with the climate change negotiations, it was wise for me to have a room suitable for an Indaba ‘up my sleeve’

Can anyone call an indaba, any time?

No, only the COP President (eg Laurent Fabius) could do that – with advice, he could decide to move the negotiations from the live streamed plenary to the private indaba room. He presided over the talks himself or delegated it to a trusted senior member of his team

Transparency, Openness and Inclusion are important principles of the climate change negotiations so there were more than 38000 delegates comprising NGOs, 197 governments in Paris - as well as a public open space. For the negotiations to succeed, a high level of both physical and emotional safety was necessary. So access was restricted whilst ensuring that every government had a voice and that civil society knew that the aim was for an ambitious outcome.

How many people are in the room during indaba and how long do they last?

In Paris Each of 197 Parties [Footnote ‘to the UNFCCC Convention ’] were given three ‘seats’ in the indaba and it was left to them to organise how they used these. Global groupings (eg G77 and China, EU, African Group, Latin American group, Small Islands States, Eastern European Group ) were each allowed a number of seats which were allocated from the Parties’ allocations. There were 100 ‘seats’ at the table for negotiators with others in the room not allowed to speak.

Where did it take place and how was the room laid out?

There was one indaba room, always available. It was basically laid out in a big circle with 100 seats and behind each one there was space for one advisor and outside that there were a few hundred seats for observers and a few secretariat staff, making up a total of some 500 - 600 people in the room. It was organised so that every member state was represented directly or indirectly and had access to the room.

Did your team have difficulty in refusing entry and keeping the space safe?

We’ve got quite good at saying ‘no’! Also people had came to understand the process over the years so although there were difficulties in previous COPS we didn’t have to say ‘no’ quite often in Paris.

That’s a pretty tricky group to facilitate! Who did that?

The country which hosts the conference has the presidency of the COP and is neutral. Laurent Fabius as COP21 President delegated authority for facilitating the sessions to Ambassodor Laurence Tubiana. She was neutral and was respected and became known as ‘the champion’. She had a thorough understanding of the topic and also was the kind of person who could bring groups together and get everybody involved. The term ‘the champion’ has now entered into the lexicon of the climate change negotiations.

How long did each indaba last for and was the agenda fixed?

Each one continued as long as it was needed. In the last days of the conference they went well into the night and on the very last day, the indaba continued into the small hours of the morning. Delegations rotated officials so that everyone could get some sleep

How was the outcome of the indaba captured?

A team of young diplomats working under Tubiana were following the negotiation and noting every change.

I remember these sessions well, especially the last night because my team was given only a few hours to document all the changes. As you can imagine these had to be accurate and then we had to translate the agreement into the six UN languages from English. If you work at a COP you have to be able to function without much sleep!

Will the climate change negotiations continue to use indabas?

People now see the benefit of providing a structured way of creating safety and hearing all voices. Indabas are participatory and fair and are becoming accepted as an effective way to streamline negotiations and bridge differences.

1 A ‘Conference of the Parties’ (COP) takes place every year. Paris was COP 21. Salwa Dalallah has lead the UN conference team since COP 3