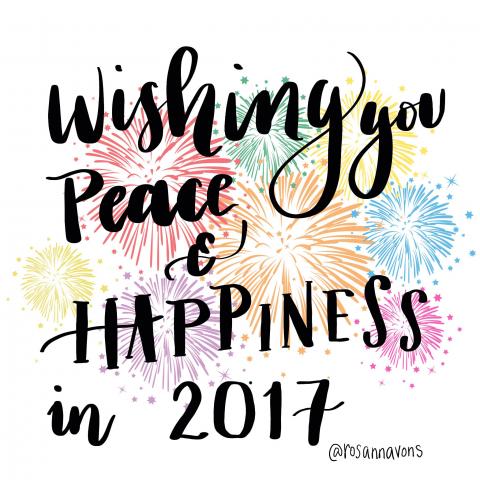 Happy New Year! Since January is a good time to reflect, we’ve taken a look back at all the things we achieved together last year. We had an incredible year at the International Association of Facilitators, and wanted to share with you some of the highlights:

The year in figures

This internationally renowned awards ceremony recognises excellence in facilitation and its positive, measurable impact on organizations around the world. In 2016, we gave out 3 platinum awards, 5 gold awards, and 13 silver awards, totalling an incredible 21 awards. See all recipients.

The marketplace makes you more visible than ever to potential clients looking for a facilitator. It’s easy to post an opportunity via a simple form, which is posted in the IAF Members Only section and emailed to you directly.

Through numerous online and face-to-face activities, we highlighted the power of facilitation and celebrated the community of facilitators and their groups worldwide. We added four people to the Hall of Fame (Nel Mostert, Carol Sherriff, Dorothy Strachan and Michael Wilkinson), and also celebrated IAF Jamaica’s 5th Anniversary! More about International Facilitation Week.

2016 was one of our biggest years yet. And it’s because of valued members like you that we are making an impact all over the world. Let’s see what we can achieve together in 2017.

Farewell and thank you for your service!

At the end of 2016, we're saying farewell to long-serving board members:

At the same time, we are welcoming new members to the IAF Board: